The Dark Side Of Entrepreneurship

I was a guest panelist speaking about entrepreneurship looking out into a sparse crowd. The crowd we were expecting didn’t show. Could have been the wintery MN drive that morning or late start to school that kept the women entrepreneurs from showing up. It didn’t matter, it turned out to be a gift. Having a smaller crowd that day lead the entrepreneurial discussion to get real. The women who showed up bared their souls. They exposed themselves to vulnerability and shared so many fears and insecurities that day. And that’s when the idea to start barenaked CEO took shape.

The dark side of entrepreneurship

During the panel we shared some of the harsh realities that come with being a business owner. The tears, the frustrations, the let downs, and worst the lack of understanding from our support groups. I remember one woman who was struggling with her start-up talking about the anxiety it gave her to see all of the success others were having on social media.

Many of the women chimed in with agreement. They each talked about how much of a failure they felt like when they’d see people winning awards, getting seed money, or striking a deal with private equity firms. What were they doing wrong?

Nothing. They were doing nothing wrong expect comparing where they were at in that exact moment in time with someone else who undoubtedly worked through all the stress, anxiety, tears, and lonely nights to reach those achievements. They didn’t post those pictures along the way which would have been very relatable.

That’s when it dawned on me.

The dark side of entrepreneurship is real. Nobody talks about self-doubt, loneliness, extreme stress and sometimes fear that business owners endure as they build their business.

Entrepreneurship is glamorized on social media, in the movies, and if we’re being honest even between friends. When I reflect on my past stints in business ownership I always talk about the highlights. I rarely shared the lowlights. But maybe I should. Maybe we all should.

It’s hard enough owning a business but living up to unreal expectations that society has created is unnecessary and frankly drains the energy you need to be successful.

So, I’m on a mission to expose the dark side of entrepreneurship and share real stories about real people who have made mistakes and lived to tell about it.

barenaked CEO isn’t about commiserating, it’s about learning from other people’s experiences so we can all grow together.

I started my morning by scrolling through social and got stuck in the comparison trap. I saw a post of a friend's...

END_OF_DOCUMENT_TOKEN_TO_BE_REPLACED 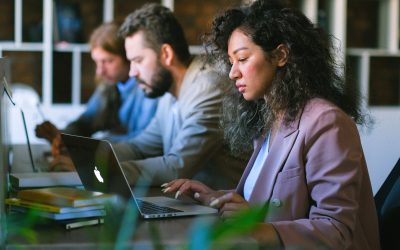 Have you ever noticed that the word business is close to busy-ness? If you’re not careful, your business could turn...

END_OF_DOCUMENT_TOKEN_TO_BE_REPLACED

4 Tips To Survive Starting Up In A Pandemic

Someone once told me that I fear things that no one else fears and am unafraid of things that everyone else is afraid...